In the midst of today’s death

a poem was born

for days of thirst.

with translations from the Spanish by Roger Hickin

“Blanca Castellón’s poetry, in Roger Hickin’s impeccable translation, possesses the great virtues of sassiness and surprise. It is full of trees with secret holes through which she slips into her own unique Wonderland where she is both Alice and the Queen of Hearts pulling an ace from her sleeve with a quiet flourish that turns everything upside down. Cactus Body is a small door which opens on to the world of wonder and beauty of an exceptional poet.”  ––Gioconda Belli

“Blanca Castellón’s poetry is both as light as foam and as sharp as a cut-throat razor.”  ––Rogelio Guedea

“Blanca Castellón strikes me as poet nicely attuned to the sensibilities of how the heart knows more than all else the head may get up to in making poems. It is the sometimes ex-centric curves of her imagination, and the striking images that show more than they appear to say. It is most often, in this selection, the resonances of the pitch of language that go beyond mere ‘invention’ to the deeper poetic reach of discovery. This is an excellent match of poet and translator: Roger Hickin’s translations are clearly the work of a poet-translator who is nicely attuned to the thought-music of the originals, able to articulate the tensions inherent in a poetry that is willing to take risks with feeling in search of a language, and (always a distinctive mark of a translator wholeheartedly engaged with the language and the culture of the language) he very wisely doesn't get in the way of the originals. As poète interprète, he gives us poems in English that stand strongly in their own right.”  ––Michael Harlow 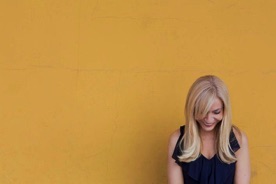