Refugees, philosophers, Mesolithic woodworkers, Napoleon, Tarkovsky, Anne Sexton, John Mulgan and Dan Davin are just some of the people we meet, as we journey from the Canterbury Plains to Ravenna and back

to Island Bay, in this collection of 26 new poems of people, places and ideas by Robert McLean.

Robert McLean (b. 1974) holds an MA and an MFA from Canterbury University and is the author of four collections of poetry: For the Coalition Dead (Kilmog Press, 2009), For Renato Curcio (Gumtree Press, 2010), Goat Songs (Kilmog Press, 2011) and A Graveyard by the Sea (Cold Hub Press, 2012). His poems have been included in a number of anthologies, including Essential New Zealand Poems (RHNZ Godwit, 2014), and he was the featured poet in Poetry New Zealand 46. He recently edited A Field Officer’s Notebook, the selected poems of Dan Davin. Robert McLean lives in Featherston and works in Wellington for the New Zealand Government.

“McLean’s work . . . references the great Western literary and philosophical/theological traditions, often engages directly with the world and has a degree of playfulness even in its more sombre reflections.”

“an admirable and formidable piece of work”

––Nicholas Reid on A Graveyard by the Sea 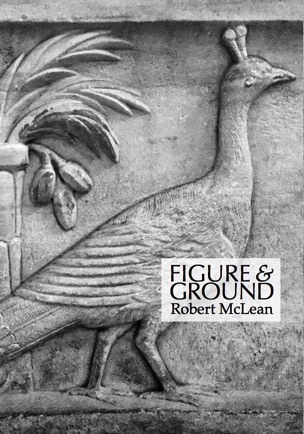 At the Tomb of Galla Placidia

fixed upon the vaulted ceiling

by god-knows-who, whose wilful grace

no longer sets the heavens reeling.

even now. Of course, slowly but surely,

Not so for those who came before me.

And yet Gospellers still look down on us

and calmly smile. All that we’ve made

in their name seems gloriously ridiculous.

which are but momently out of sight.

Such monuments will outlast us.

After half-an-hour or so, we depart,

intending to return another day.

We venture on towards more art,

Hymning to the rafters gods and man,

we make monuments of blessings and curses,