An Offshoot of Sense

with translations by J. Kates

A bi-lingual edition of 13 poems by Russian poet Tatiana Shcherbina.

climbs high up into a tree,

an offshoot sprouting on the naked twig.

See how it scratches at my ear,

a little leaf, a little ray of sun.

Tatiana Shcherbina was born in 1954 in Moscow, and emerged in the 1980s as a spokesperson of the new "independent" culture. She had six books published in samizdat, and several have appeared openly since 1991 — collections of poetry written in Russian and in French, a collection of essays and a novel.  She has been a featured reader at the 1989 International Poetry Festival in Rotterdam, at the 1992 Trois-Rivières festival in Canada, and broadcast cultural commentary regularly on Radio Liberty from 1991 through 1994. Her poems have been published in Dutch, German and French translations as well as in English-language collections in the bilingual The Score of the Game (Zephyr Press, 2002) and in Life Without (Bloodaxe, 2003) as well as in many journals and magazines, and in the anthologies, Third Wave: The New Russian Poetry (University of Michigan Press, 1992), Lives in Transit (Ardis, 1995), In the Grip of Strange Thoughts: Russian Poetry in a New Era (Zephyr, 1999), and Crossing Centuries (Talisman, 2000). In 1994 she was awarded a Bourse de Création from the the French Ministry of Culture. Since 1995, she has served as editor-in-chief of the cultural journal Estet (Aesthete) in Moscow, where she lives. 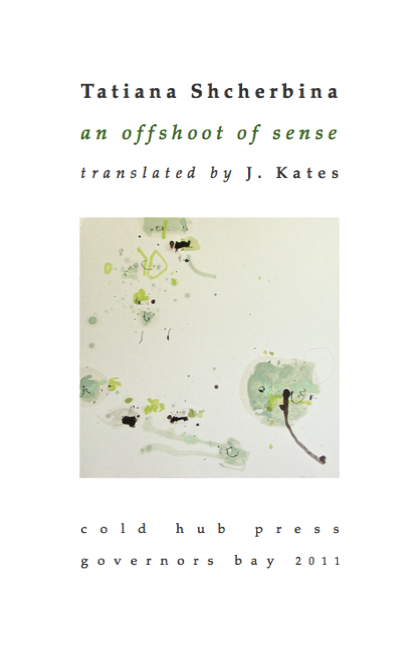