WAKING BY A RIVER OF LIGHT

JOHN GIBB’S poems have appeared in New Zealand literary magazines since the 1970s. His first book, The thin boy & other poems, was published by Cold Hub Press in 2014. An English honours graduate of Otago University, Gibb later worked as a police reporter at the Wanganui Chronicle newspaper. He lives in Dunedin, where he has been a science and university reporter at the Otago Daily Times for more than 25 years.

Many of the poems in Waking by a river of light explore life’s puzzles and miracles as light and darkness flicker around the planet, starting and ending each day, in a jerky silent movie rhythm mimicked by the pattern of waking and sleeping. Among several strange encounters, a paradise duck flies from a hayshed roof in the Deep South, with a creaking cry as a city jogger moves past. Thomas Bracken, the prince of misunderstood Dunedin poets, returns to life and leans on a sunny gatepost for a chat. A poem reflecting on an OId English riddle draws readers back more than 1000 years. Travels include a visit to a north German fishing town, once the home of 19th century poet and novella writer Theodor Storm. Elsewhere, friendship is celebrated, and humour edges in as a deceased friend remonstrates with a living alter ego, and life is savoured in a quirky subterranean restaurant. As worlds intermingle, an old house becomes increasingly like a telescope, and in streets filled with snow, silence closes around a solitary runner “like the petals of a white flower”.

Of The thin boy & other poems Michael O’Leary, in Landfall Review Online, wrote: “I am sure that he has a lot more tricks up his sleeve to show us. Let the wait not be as long.” Thankfully, it has proved to be brief.

WAKING BY A RIVER OF LIGHT

breathing out the smoke

of dreams. A river of light

rides up the harbour:

into a hundred rooms.

The first glimmer of light

a few topics and finds room

each note a bright footprint

impossibly, in the dark.

There is also the rain,

with the lustre of forgiveness. 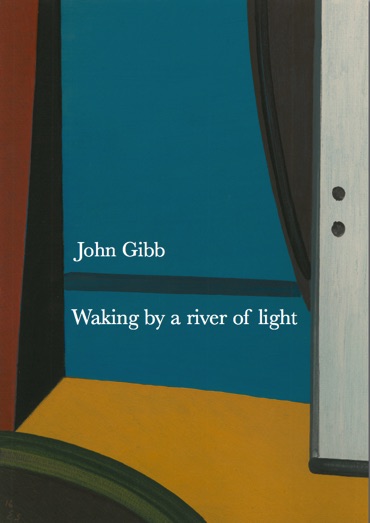