I have thumb-printed your last volume.

around each other. I shiver as they bind.

Here are the peacock’s screams at evening:

harsh as the santoor, refined as a high

high string, dashing the face of ‘we shall,

tee-tum, live happy ever after’ with a splash

of anguish. Here stones are scored with

Release me from their charge? You will not.

Yet see them, often as not, fracked into

Then there are some – I would say hallowed

but let it be soft-cornered by acceptance,

where all that we expected was late stubborn grief.

IN THE SUPPLEMENTARY GARDEN

with an introduction by Janet Hughes

Awarding the 2015 Sarah Broom Poetry Prize to Diana Bridge, the chief judge, Irish poet Vona Groarke, described her work as “possibly amongst the best being written anywhere right now––for the arresting composure of the poems, for their reach and depth, for their carefully-wrought thought and language, for the beauty of their phrasing, for how they are both intellectually astute and also sensual and accessible, for the way they catch you up short and make you wonder, with a delightful wonder, just how it is they have brought you to where they have brought you; for their wit and style and yes, their seriousness.”

“It’s a rare thing to read a poet who looks so intently at art, not as art simply, but as whatever is also meant by ‘life’. Diana Bridge brings to both the same warm, informed attention, until to speak of one, inevitably is to talk of the other. And how the grace of her language, the fine spell of her cadences, so determine the force of these ‘Selected Poems.’ ” ––Vincent O’Sullivan

Diana Bridge has published five books of poetry with Auckland University Press. She was presented with the Lauris Edmond Memorial Award for Poetry in 2010, for her distinguished contribution to New Zealand Poetry. Her essay “An attachment to China” won the Landfall Essay Competition for 2014. She has a PhD in Chinese classical poetry from the Australian National University, has studied and researched Chinese language, literature and art history and early Indian art history, and is the first foreigner to have taught in the Chinese department at Hong Kong University. In 2015 she was invited to take up a residency at the Writers' and Artists' Colony at Yaddo in upstate New York, the first New Zealander since Janet Frame to go there.

IN THE SUPPLEMENTARY GARDEN is a generous harvest from Bridge’s five previous books of poetry. It includes a number of the lyric sequences at which she especially excels, along with 23 new poems. 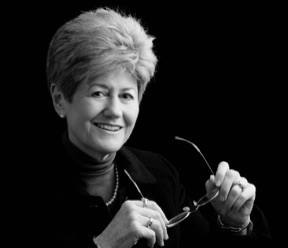