Bilingual Russian / English, with a new translation by

No man can stand against it.

All over God’s world.

Alexander Blok (1880–1921), the last major poet of the Russian Silver Age, a member of the intelligentsia and a scion of the landed aristocracy who joined the revolution, wrote his still-controversial ‘The Twelve’ in January 1918. A poem of stark contrasts of lyrical and colloquial, of shifting rhythms, fragments of prayers, slogans and slang, of mockery and violence, cruelty and pain, exultation and pity, it is set in the aftermath of the 1917 October Revolution as a snow storm buries the past, and twelve Red Guards march through the desolate streets of St Petersburg dispensing violence and murder, and a snow-wreathed figure of Christ bearing a bloodied flag appears at their head––an image that surprised and troubled the poet himself.

An earlier version of this translation was published in the anthology The Silver Age of Russian Culture (Ardis, 1975). In 2020 with the centenary of Blok’s death (7 August 1921) in mind it was completely revised.

‘Blok possessed all the qualities that go to make a great poet . . .

Drawn by his attentiveness, as if on a tide of air, reality whirls into his poems.’ ––Boris Pasternak

‘Blok heard the subterranean music of Russian history, where the most highly attuned ear caught only a syncopated pause . . . Despite various idle interpretations, ‘The Twelve’ is immortal, like folklore.‘ ––Osip Mandelstam

‘In my opinion his nationalism is nothing but a construct based on Dostoevsky . . . He didn’t know Russia, he didn’t know the Russian people; he was an upper-class student.’ ––Fyodor Sologub

‘He was so much a creation of the spirit, so much a spirit made visible, that we must wonder how life could permit him to exist at all.’

Russian-born New Zealander Natasha Templeton gained her Masters in Russian literature at Columbia University under the great Rufus Mathewson. She went on to lecture and review in the fields of Russian language, literature history and with a particular focus on Tolstoy, Dostoevsky, and Chekhov, and on Russian poetry. She has published two novels: Firebird (1995) and Winter in the Summer Garden (1999). She lives in Wellington.

Alan Roddick has published two books of poetry, The Eye Corrects (1967) and Getting It Right (2016). As literary executor for Charles Brasch, who died in 1973, he has published three collections of Brasch’s poetry, most recently his Selected Poems (2015). He has also written extensively on the poetry of Allen Curnow. A retired public health dentist, he lives in Dunedin.

. . . With sovereign tread they march away.

That’s the demented wind there playing

Out in front, a cold snowdrift.

––Who’s in the snowdrift? Out of there!

Only that beggar limping after

––Get out of that, you scabby creature,

I’ll tickle you with my bayonet!

You old world––or I’ll beat you up!

Tucks in its tail, won’t let them go––

––Who’s there, waving the red flag?

Hiding behind every house?

Better give yourself up alive!

Come on out, or we’ll open fire!

Only the blizzard’s mighty laughter

Madly pealing through the snow . . . 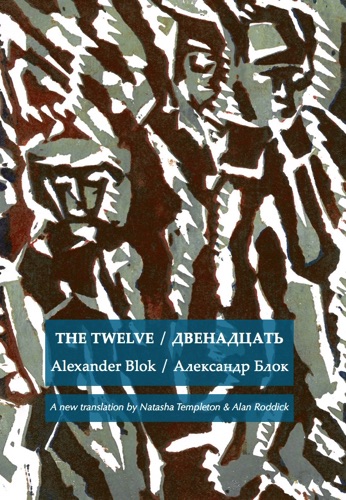